What is oil tourism? 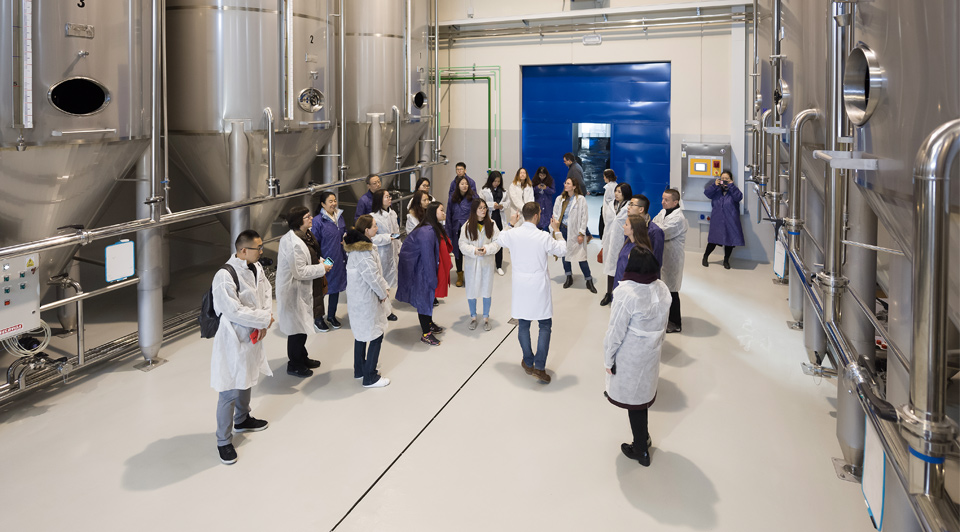 Oleotourism is tourism focused on the production of oil, with the aim of making known the main characteristics and the process of making olive oil, a product as rich and healthy as few others. The best oil tourism is in Spain, and our first recommendation could not be other than oil tourism in Jaén

Spain is the world’s leading producer and exporter of olive oil, with more than 200 varieties of olives grown on its land, so its olive trees produce oils with a unique flavor and aroma. It currently has 32 Protected Designations of Origin (D.O.P.) and 2Protected Geographical Indications (PGI) as quality marks. Countless olive oil factories that perform miracles want to open their doors for us to be part of them.

Many people have already known oil tourism. Almost 60% of olive oil tourists are of Spanish nationality, although the French and British have also shown great interest in olive oil from Spain. According to a study by the Department of Economic and Business Sciences of Córdoba, the average age of tourists who do this type of tourism to get to know olive oil is men over 45 years of age, with a medium/high socioeconomic level.

These routes are developed mainly in Andalusia, in the south of the Iberian Peninsula and on the Mediterranean coast, where most of the olive oil production in Spain is concentrated.. In these areas you can learn about the history of olive oil and take tours to areas rich in olive groves, and the so-called “alzamaras”, special factories that make this delicious product – and several restaurants where the main ingredient is olive oil.

The tours we have reviewed also include tastings of different olive oils or massages and beauty treatments. Thus, in addition to enjoying a great picnic, you can return from this trip with a more beautiful and attractive personal image!

Places to do Oleotourism

The province of Jaén, which occupies 586,000 hectares of arable land, uses olive cultivation as the main tool for promoting tourism. The offer is so great that the Provincial Council integrates it under the Oleotour Jaén brand, a guide to oil mills, restaurants, agro-tourism farms, spas, museums, accommodation and routes such as the Vía Verde del Aceite, which crosses the sea of olive trees in Martos, taking advantage of the layout of the old railway between Jaén and Puente Genil.

And how could it be otherwise, we recommend the best oleorurism with our Picualia brand. Today Picualia is a benchmark for oil tourism at an international level. It receives tourists from all over the world and, what is more important, it generates new prescribers and new clients loyal to a healthy lifestyle, thus generating a doubly positive effect.

Another center for disseminating olive culture in Jaén is the Terra Oleum Active Museum of Olive Oil and Sustainability, on the outskirts of Mengíbar (5 euros for admission; 10 euros for a tasting; 27 euros for the signature oil workshop ). In Arjona, birthplace of the first Nasrid king of Granada, Mohamed Ben Yusuf Ben Nasar, the Oleorasa Tour equestrian center offers bookable visits to the mill, horse farm and olive grove from prices from €15 per person, as well as horse-drawn carriage rides (one hour, €15).

In Montilla (Córdoba), cradle of centuries-old olive trees, you can visit the Juan Colín Oil Mill and Museum. Every year about 7,000 people sign up to visit the olive grove, have lunch and do tastings (group visits, from 20 euros). Another Cordovan reference is the Olive and Oil Museum of Baena, it traces the history of its different uses. In Montoro, the rural hotel Molino La Nava, in an 18th-century oil mill bordered by olive groves, offers you 9 rooms named after one of the best-known olives; Cornicabra, Arbequina, Hojiblanca or Picual, from 89 euros

Close to the pinsapo, the star of the Sierra de las Nieves in Malaga is the manzanilla from Aloreña, one of the only two table olives. Municipalities such as Alozaina or Casarabonela participate in its production. They organize guided tours (20 euros; children free) with tastings, tastings and they give you the option of staying at the Los Azules farmhouse (from 165 euros).

Catalonia has five denominations of origin distributed between the Costa Brava, Tarragona and Lleida. In Girona, the Empordàlia winery stands out, combining wine production with that of oli de Pau.

In Lleida, the olive route is traced, with more than 30 cooperatives and landmarks such as the Museum and Center for the Culture of Oil in Granadella. In Ulldecona alone, 400 specimens have been counted, which are accessed on visits with a guide.

70 kilometers from Zaragoza, is the Campo de Belchite. For a year now, it has been offering olive oil tourism, wine tourism and organic farming experiences. In the Teruel region of Matarraña, there is a mill from 1735 in its streets, transformed into a rural hotel, Cresol.

Oleorutas Mallorca brings together the best offer on the Balearic island. Its website includes information on paths between the olive trees such as the Biniaraix ravine and various options for agrotourism such as S’Horabaixa.

The La Oliveta organic oil field, in Malagón (Ciudad Real), is one of the most recognized brands of oil tourism in Castilla-La Mancha. It offers you visits with a guide to get to know the hacienda and the Roman site of Alcázar de San Juan. A good plan to get to know it is to start the route at the Oil Museum and rural house Molino del Medio, in Robledillo de Gata.

Is it expensive to do oil tourism?

Oil tourism has quite affordable prices since they range between 40 or 50 euros depending on the number of people and the attractions of these tours (these tours can include an aperitif, a guide, breakfast or lunch and the option of being an olive grower for a day, etc.) We leave you a link to our page of visit packages where you can book your oil tourism experience.